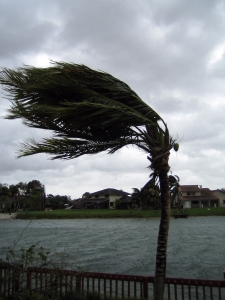 Global climate change may seem like a public health threat of the future, but many communities in the United States are feeling the health impacts of climate change today. Both geological and medical sciences have linked climate change to extreme weather events like hurricanes and wildfires, hotter temperatures, and a wider distribution of vector-borne diseases. Public health professionals need to brace themselves for a continued and escalating response on these fronts.

Representatives from local health departments frequently work with NACCHO to provide firsthand perspectives into advocacy and programmatic needs. Kari Sasportas works for the Cambridge Public Health Department and serves as a member of the NACCHO Global Climate Change Advisory Workgroup:

“One of the barriers we’ve encountered is that there are more pressing concerns than future climate risk for residents who are simply struggling to get by on a day-to-day basis. We determined that an optimal way to reach people who simply do not have the luxury of thinking too far ahead would be to reframe the city’s work on climate adaptation with an equity lens and to bring the voices of the most highly impacted residents to the forefront of the conversation.”

Climate change and health experts from the Intergovernmental Panel on Climate Change (IPCC), the World Health Organization (WHO), the U.S. Global Climate Change Research Program, and the Lancet Countdown all released publications in the last six months describing the ways vulnerable populations will be affected by climate change.

Two of these publications describe how climate change will impact local jurisdictions in the United States:

The Lancet Countdown, a branch of the UK-based medical journal, recently released an annual update framed as a “checkup” for environmental public health that includes country-specific briefs. The U.S. Country brief includes the following key messages:

Create a free account to read the Lancet Countdown 2018 Report.

Health Impact Stories from the Field 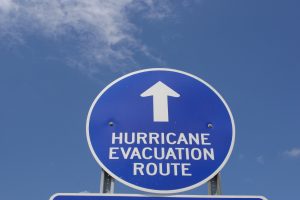 The 2017 hurricane season, which saw the arrival of Hurricanes Harvey, Maria, and Irma, sparked conversation among health and climate professionals about whether the severity and frequency of these storms would become the new norm, brought about by increasing global temperatures.

Hurricane Harvey unleashed 33 trillion gallons of water on Houston. Under the leadership of Harris County Public Health Executive Director Dr. Umair Shah (who was also serving as NACCHO president at the time), the health department and other city agencies mounted a massive response involving community outreach for vital services; activation of memos of understanding to obtain supplies; and mitigation of environmental health threats like mold, mosquitoes, and floodwaters contaminated with toxicants.

These storms and their impacts will continue to loom over coastal communities. The experiences of Puerto Rico and Florida in 2017 and South Carolina in 2018 are additional reminders that local health departments must work collaboratively with other planning and preparedness agencies to protect populations, especially the most vulnerable.

Across the country, health officials are asking what they can do to prepare communities for abnormally hot summers.  Heat can be a particularly difficult environmental health threat because vulnerability varies across and within populations—children, the poor, and the elderly are all populations of concern. Additionally, cities with lower average temperatures are likely to have lower thresholds for heat alerts and emergencies due to residents’ level of acclimatization.

The NACCHO Climate Change Workgroup is actively working to compile examples of heat response standards across diverse local health departments. Look out for an announcement about a spring 2019 webinar to  present these findings. 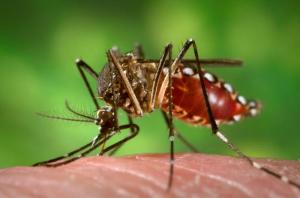 disease, so vectors previously only found in more tropical climates will spread geographically. These ecological changes can also support the emergence of novel pathogens like chikungunya, dengue virus, Zika virus, Heartland virus, and ehrlichiosis.  The Centers for Disease Control and Prevention (CDC) reports that cases of vector-borne disease have approximately tripled in the last decade.

Following the Zika epidemic in 2015 – 2016, NACCHO conducted a survey evaluating local capacity to conduct surveillance of mosquito-borne illnesses. The results showed that more than 80% of local vector control organizations, many of which are housed in branches of local government other than public health, do not have full capabilities to monitor and respond to mosquito-borne illnesses.

Each one of the key messages presented by the Fourth National Climate Assessment and the Lancet Countdown are a call to action for local health departments. Earlier this year, NACCHO revised a guidance document to assist health departments in their response to the health effects of a changing global climate. These Essential Actions for Climate Resilience in Local Health Departments outline ways that local health officials can participate in climate change mitigation and adaptation:

Visit the NACCHO Climate Change webpage for more information and resources on climate and health. For questions regarding this post, please contact Grace McClain, MPH, REHS or Chelsea Gridley-Smith, PhD.

NACCHO Voice: The Word on Local Health Departments is a blog by the National Association of City and County Health Officials. NACCHO's mission is to be a leader, partner, catalyst, and voice for local health departments.